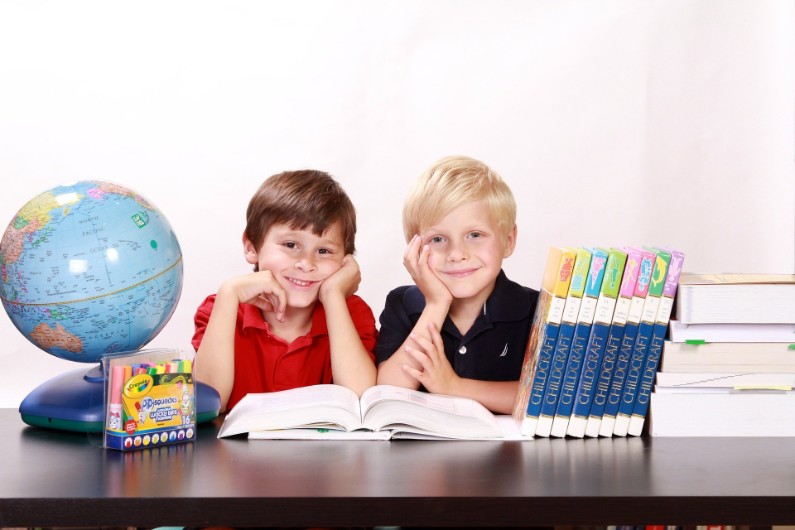 Comparing education systems worldwide: do horror schools exist in the Netherlands? How is this in the rest of the world?

Do we have “Horror Schools” in the Netherlands? No, fortunately not really. But the term refers to the perception of parents and children. It’s about children returning to the Netherlands and the Dutch education system. Returning from abroad and a foreign school system. In addition to all the regular moving stress, they discover that Dutch schools often do not provide the care and attention these expat children need. And in most cases, the education system in the Netherlands is very different from what they were used to abroad.

But what about the other way around? This article compares education systems worldwide. Are you moving abroad with children, or returning to the Netherlands? Then this article is going to help you. How do Dutch parents experience schools abroad? We conducted research.

Getting used to a new education system after moving abroad

Families with school-age children who move abroad from the Netherlands will not only face cultural challenges. They will also have to master new educational systems. From personal experience, I know how difficult it is to find a suitable school for my children in a new country every time. After my earlier article ‘Horror Schools in the Netherlands’ (published in Dutch on November 8, 2019), I received many reactions from Dutch parents abroad. Those reactions were not only about education in the Netherlands but also about the school situation in their host country. As a matter of course, a new question arose from this: How do Dutch parents experience schools abroad?

For families moving abroad with school-age children, there are not only cultural challenges ahead. As mentioned earlier, there are new education systems to learn about.

For example, over 6 years ago, our son did not want to move abroad at all. When we transferred him from a system of ‘Natural Learning’ in the Netherlands to a system of ‘classical education’ in Curaçao, it had consequences. He had a very hard time switching to a more classical system. This did not benefit his performance and his enjoyment of learning. 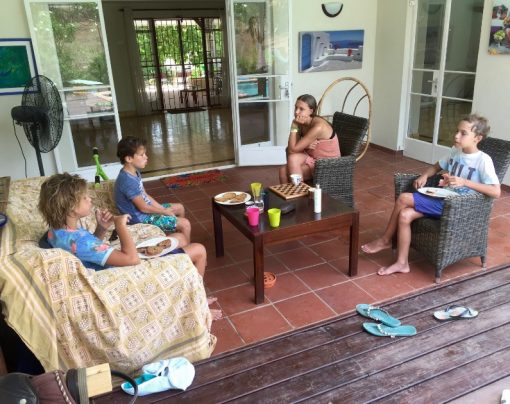 Making new friends is very important when you have to get used to a new country and new education system.

Not all education systems around the world are the same. You can make your repatriation more difficult than it needs to be if you don’t carefully consider each stage of learning and the resulting qualifications for your child. At worst, this can complicate access to a preferred higher education program.

For this reason, we have been informing ourselves very carefully regarding the education system for our daughter when we moved from Curaçao to the Dominican Republic. This was about the step from ‘classical vwo Dutch education’ in Curacao to ‘American International education in the Dominican Republic. We took a good look at the requirements of the universities in the Netherlands to keep those options open for our daughter.

Horror schools in the Netherlands

In the article about Horror Schools in the Netherlands, it became abundantly clear that Dutch parents who come with children from abroad are greatly frightened by the news about education in the Netherlands. They are shocked by messages about the teacher shortage and the huge classes. The principle that every ‘care child’ who used to receive special education is now also accepted in the already overcrowded classes doesn’t help either. It also became clear that schools in the Netherlands are less well equipped to properly accommodate the international Dutch children. And this after years of mostly high-quality education abroad is a huge step for parents.

The research into schools around the world

The research into schools around the world: Comparing education systems, with many thanks to all those Dutch parents with children abroad!
From this, the question of how Dutch parents abroad experience schools abroad arose naturally. More than 60 Dutch parents living abroad signed up and eventually, 57 families participated.  In this study, Dutch for Children looked at how Dutch children learn abroad. We also looked at how the education system pleases parents living abroad. We highlighted the following aspects:

Three striking outcomes from the study: 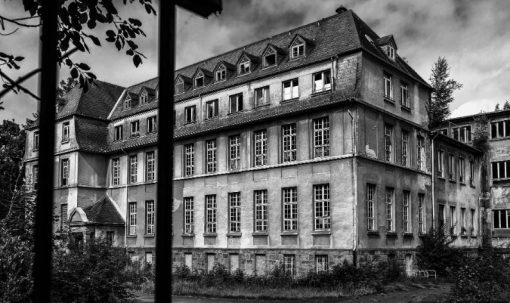 The schools and education systems that Dutch parents and children encounter abroad are very diverse. From local, international, private, home education, online education to classical Christian education. In this list, you can find the different school systems worldwide.

Are the education systems different from those in the Netherlands?

Some quotes from Dutch parents abroad.

It is striking that 79% of the Dutch expatriates surveyed are satisfied with their schooling. In most cases, this also implies that they are satisfied with the education system. Compared to Dutch education in general, parents applaud the broader development of their children abroad and the incentive from school to do better. Just as in the Netherlands performance pressure, in the sense of ‘being better than the rest and yourself’, is often experienced as negative, it is the opposite abroad: Children who go for it are positively rewarded.

The following aspects are mainly mentioned as strengths within international and private schools as well as local schools: multilingualism, broad development, and small-scale classes.

A family from Colombia experiences the school system of their IB international school as tough. However, the children really like it and enjoy going to school.

In Mandurah in Western Australia, Wendy’s children get a lot of responsibility at school. This is experienced as very positive. It is a public school with the motto “Learn with your heart!” Children at this school are encouraged to show their best behavior and demonstrate a willingness to learn.

In Santander, Spain, Mirjam’s son and daughter attend a classical Catholic elementary school. There they still learn cursive writing: she is very happy with this.

Many parents indicate that they are very happy with the diversity of cultures that children receive in and around the school. Many states in the United States report that teachers are treated with more respect than in the Netherlands. Parents in Austria also report this.

Areas for improvement of education systems worldwide vary from turning in too many hours, too much homework to improving the language qualities of teachers.

The previously mentioned positive aspect of spirited achievement can also be perceived negatively. Nelleke from Dubai, with the IB system at school, feels that there is too little focus on the student and especially on the number of points achieved. Some parents like strict discipline and others experience this as ‘too much’ and a form of ‘patronizing’.

A mother from Indonesia talks about the local private school the children attend. “We often had to improve the English of the teachers. I also contributed a lot from the parents’ council in the area of education.” At this school, there is also a great workload and a lot of homework.

In the Czech Republic, Miranda was very disappointed, because the attention at the local elementary school was mainly focused on the students who got good grades.

In Greece, Aletta does not have a good word to say about the education system: ”The children learn very little at school. Many children take extra classes at the so-called ‘frontistiria’. These are extra hours of lessons for a fee at private institutes. This all takes place after school. The classes are sometimes as late as 10 p.m. at night.”

In some countries in Africa and the Caribbean, teachers are still punishing students physically. Fortunately, the respondents had no experience of this themselves. For one parent, when they found this out, it was an immediate reason to switch schools. Their children were out of school on time.

Almost all children of these interviewed parents are happy at school and enjoy learning. The change from the Dutch school system or the start in the foreign school system was successful. Some children had to get used to it, This was mostly language and culture related. It took some getting used to for us as Dutch-speaking and educated parents.   Broad learning environments, different cultures, and languages appear to be the convincing factors in this. And let’s not underestimate the valuable experience and life lessons of moving abroad.

This last point turns out to be more important than you might think at first. It works very well for the transition if you are going to remigrate. It ensures that the landing in the Netherlands is as smooth and gentle as possible. Here you can read more about what online Dutch lessons mean for your child.

When moving abroad with children, you can sometimes take the foreign education system into account beforehand

It is sometimes possible to take the education system into account before moving from the Netherlands to a foreign country. Whether this is possible is, of course, personal and depends on how you are moving abroad and whose rules you (e.g. the company) have to abide by. Each education system around the world has its own examination regulations or assessment of the student’s performance, which usually allows students to move on to the next stage of learning. Taking this into account is very important for continuity or for transitioning to another education system when the time comes.

The education system in the UK is one of the most respected and widely replicated learning structures around the world. A large number of international schools teach according to the British curriculum. This gives a student continuity not only on the outgoing move but also on the return and especially on the exams.

In many of the rapidly developing major international emigration destinations, such as the Middle East and Asia-Pacific, it will even be necessary to attend an international school, as state education is unlikely to be a viable option for expats.

In destinations such as many European countries, the United States, and Australia, state systems are highly regarded and families may be more open to the prospect of attending a local, government-funded school. This option has the added benefit of helping with social integration and being an alternative to costly international schools.

In the United States, education also looks different compared to the Netherlands. High School diplomas are valued differently in Europe than IB diplomas. Basic education begins with Kindergarten, also called pre-K and K. After this, children follow basic education (Elementary or Primary School) for six years. After completing elementary school, children will attend High School. This is similar to our high school. In between, they can also go to Junior High School, also known as Middle School. Each state has arranged this differently. After High School you can officially go to study in America, but this is not the same as in the Netherlands.

Going to college in America is also called College. The system of education in America does not require this, but the universities in America are known as ‘top notch’. Think of the well-known Harvard or MIT, two universities that enjoy a high reputation. On the other hand, there are also many lesser quality higher schools (which call themselves universities) and colleges.

On the UNESCO website, you will find a downloadable overview and comparison of international education systems and qualifications.

Comparing school systems worldwide remains difficult, especially when it comes to quality, comparability, applicability, curriculum, etc. Would you like to have a consultation or tailored advice? Please send me an email with your email address, the age(s) of your child(ren) and we will meet online at a short notice.